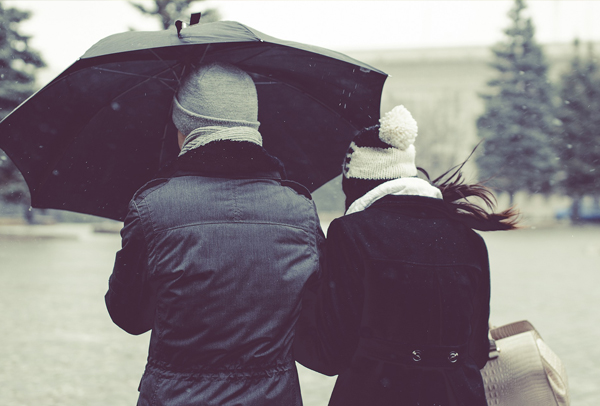 The psychology of risk

The Undercover Economist, Tim Harford, explains why we tend to over-insure small risks – and under-protect ourselves against big ones.

If you had a pet, would you consider insurance to cover veterinary costs? How about insuring against a much more costly event: loss of income if you fall ill? According to a January 2019 study by Cirencester Friendly, UK adults are twice as likely to insure their pets as they are to insure themselves.

We might conclude that animal-loving Brits don’t want to appear callous about the health of their four-legged friends, or that studies commissioned by providers of income protection plans will underline the need for income protection.

The most obvious conclusion, well supported by other research, is that many people don’t think clearly about risk. We tend to over-insure small risks – the unexpected vet bill, the holiday hire-car excess – and under-protect ourselves against big risks, such as becoming too sick to work or running out of money in old age.

We can find clues in behavioural economics. One driver of small-risk insurance is ambiguity aversion an idea teased out by the economist Daniel Ellsberg.

Here are two pots, Ellsberg told his experimental subjects. In the first are 50 red balls and 50 black balls. In the second are 100 balls; each is either red or black, but I’m not telling you the proportion. Now, draw a red ball for a cash reward. Which urn will you choose from?

Nobel Prize-winner Daniel Kahneman and his long-time collaborator, Amos Tversky – provide another piece of the jigsaw: loss aversion. Loss aversion is an anxiety about risks – even small risks – that are perceived as losses rather than gains.

No doubt it often pays to be cautious, but the modern world is full of bad deals designed to prey on this anxiety. For example, at the car-hire desk you’re told the excess is €1,250. Do you want to waive the excess for just €15/day? You might be tempted, even if you suspect €15/day vastly overstates your risk of a prang. And you’d be right: third-party excess insurance costs a fraction of the price. Many small-risk insurance offers are absurdly poor value. Rationally, we should refuse them all and instead save for contingencies: most of the time, the cracked phone screen will be more than covered by the healthy dog and the unpranged hire car.

These losses are trivial relative to the real risks we face: divorce, illness, redundancy, disability. One rule of thumb is that if you can afford the loss, maybe you shouldn’t buy the insurance; if you can’t, the insurance is often well worth the price.

But our reluctance to wrestle with graver scenarios is harder to explain. One possibility is a simple failure of probabilistic thinking: Tversky joked that people assign risks to one of three categories – ‘gonna happen’, ‘not gonna happen’ and ‘maybe’. Perhaps we are too keen to move grim dangers to the ‘not gonna happen’ category.

“Do I need critical illness cover?” might morph into the useless “Do I feel reasonably healthy today?” Big risks tend to be long term, which raises the ‘future self’ problem. The person who might crash the holiday hire car? Definitely me. But the person who might one day be debilitated by depression? That poor soul doesn’t feel like me at all.

Psychologist Hal Hershfield studies ways to overcome this problem, such as holding imaginary conversations with our future self. When Hershfield got experimental subjects to interact with a computer-generated representation of themselves in old age, they showed more interest in saving.

Still, dealing with life insurance and pensions is the kind of worthy-but-unpleasant task we always intend to do but somehow keep postponing.

That process of procrastination is called ‘hyperbolic discounting’, and it’s cleverly illustrated by a study of movie watching. Daniel Read, George Loewenstein and Shobana Kalyanaraman asked their subjects to choose a movie to watch tomorrow. Most nominated something self-improvingly highbrow, such as Schindler’s List. When tomorrow came, the researchers offered Groundhog Day!” – and they gratefully opted for undemanding fun instead.

With small-risk insurance, we’re forced into decisions. But considering retirement plans or big-risk insurance cover is often a Schindler’s List that we feel we can put off indefinitely.

Behavioural economists have proposed various ways that institutions can apply this insight to encourage engagement in saving and pensions – but the psychologist Dan Ariely and colleagues found a simple technique that anyone can use: subjects in Kenya saved more when he asked them to keep a gold-coloured coin on prominent display at home as a daily reminder.

Perhaps we all need something like Ariely’s coin – akin to a memento mori, but to remind us of life’s vicissitudes rather than its inevitable end. Something we’ll look at every day, that will prompt us to ask ourselves if we’ve thought seriously about insurance recently. A pet might do the trick.

The full version of this article first appeared in issue 105 of the St. James’s Place Investor magazine.