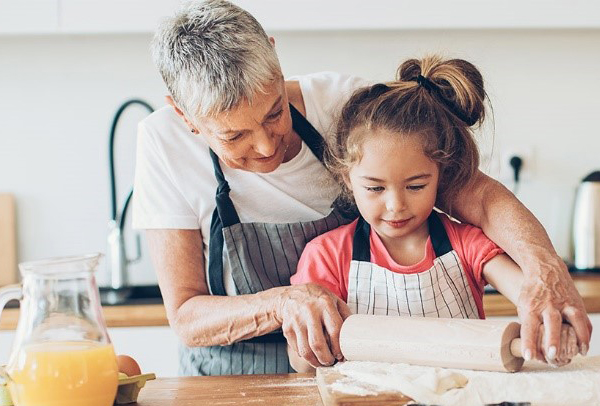 It might feel good to help your children or grandchildren with money, but without a plan you could both lose out

It’s natural to worry about what the future holds for younger members of your family – and never more so than now.

Recent analysis by the Institute of Fiscal Studies found that the lockdown earlier in the year widened the learning gap between richer and poorer primary school children – while neuroscientists have suggested that reduced face-to-face contact among teens could have damaging long-term consequences for brain development, behaviour and mental health.1

And then there’s the sobering fact that, beyond education, the economic fall-out from the crisis is being felt most acutely by younger generations, with unemployment levels among 16- to 24-year-olds rising to 13.4% – more than three times the figure for the UK as a whole.2

An opportunity to offer financial support

Of course, COVID-19 continues to impact all of us in profound, often life-changing ways. Many older people, who fall into the high-risk category in terms of health, are also seeing their financial resilience sorely tested – and face retirement insecurity.

But some among this age group will not have been as severely affected – and likely entered the recession with a sizeable financial cushion in place. Now, they’re in a unique position to provide assistance – and may be looking for meaningful ways to lend younger family members a helping hand.

“Older people will have their own worries, but they may not be financial,” says Melloney Underhill, Marketing Insights Manager at St. James’s Place Wealth Management. “Their income might have dropped, but in most cases not as much as their spending. So, they could be well-placed to offer financial support to future generations, while easing parents’ pressures.”

And that’s something they often take great pleasure in, Underhill believes. “They like to see the value of their money in action.” They understand that helping young adults with future expenses – be it a first car or a first home – can make a genuine difference in their lives, particularly in times of crisis.

The advantages of investing at an early age

But there are enormous benefits to setting up savings plans for a child early on too, she says.

“Whether it’s investing in a Junior ISA or child’s pension, it’ll give them a financial head start when they reach adulthood, and better prepare them to cope with challenges like these in the years to come – more so than giving them ad hoc spending money or bailing them out in an emergency.”

Tony Clark, Senior Propositions Manager at St. James’s Place, agrees: “With few children and teenagers learning personal finance at school, getting them used to how money works now can only be a good thing. Otherwise, when they start saving into a workplace pension, will they really engage with it – or appreciate its value? A child’s pension helps bridge that gap.”

Understanding what you want your money to achieve

But before grandparents worry about what type of account they should open or make any form of financial gesture, Clark emphasises the importance of first thinking about what they want their money to achieve. “Is it to help cover university fees, give a grandchild a leg up on the property ladder, or a head start when it comes to retirement planning?” he asks.

It’s also vital to consider the level of control required over any money disbursed and – in the case of money set aside for a grandchild’s future – when they get it. On an 18th birthday, explains Clark, there’s a reasonable chance that house deposits and retirement planning are not going to be at the front of a young person’s mind.

With cash gifts, Inheritance Tax (IHT) could become an issue too. “Giving money away can be a great way to use IHT gifting allowances,” explains Clark. But, he warns, gifts in excess of allowances will only become IHT free after seven years, so life expectancy will also need to be taken into account.

Gifting can have implications for your own finances

With so many factors in play, Clark believes families would find a conversation with an adviser invaluable. “Something that sounds simple and easy, often isn’t. They may not have considered the tax implications of a particular course of action, for example – or opted for something that doesn’t afford the degree of control they’d like.”

Moreover, suggests Clark, prospective benefactors will probably want to talk to their children about their plans too. Inviting an adviser into these conversations could be useful, particularly where there are competing objectives or complex family dynamics.

“There could be different views on how money is spent,” he explains, “and as a facilitator, an adviser can take the emotions out of the decision making.” It may be that they can also find room for money to be split across several different objectives, he adds.

But perhaps most importantly, an adviser will help people to consider a plan within the context of their objectives and the impact it could have – not just on their family’s financial wellbeing, but their own too. As Underhill says: “It’s important to feel safe in your decisions and reassess what it means for your own goals.”

Looking for ways to provide younger family members with long-term financial support in uncertain times? Want to balance giving with your own goals? McGrady Financial Services Ltd is here to help. Just ask.

The value of an investment with St. James’s Place will be directly linked to the performance of the funds you select and the value can therefore go down as well as up. You may get back less than you invested.

The levels and bases of taxation, and reliefs from taxation, can change at any time. The value of any tax relief generally depends on individual circumstances.