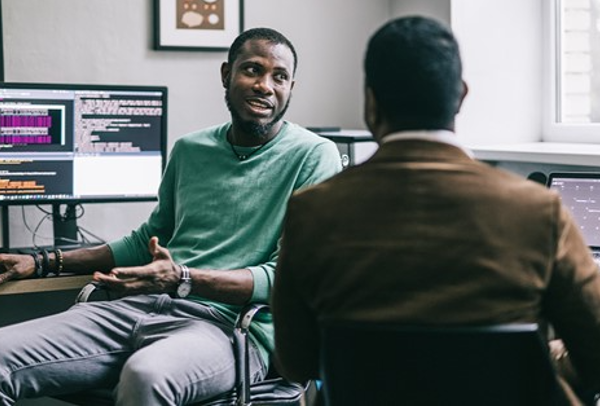 Be tax smart to boost your retirement savings

There are plenty of reasons why someone a long way from retirement might not feel ready to think about their pension savings.

But there are also strong arguments for taking action sooner rather than later. Perhaps the most compelling is that if you put a bit of work in now, you make life a lot easier for yourself in years to come.

There’s also the current economic climate, as inflation rises and household finances are squeezed. With much uncertainty in the short term, it’s wise to use the opportunities available now to lay solid foundations for later.

Take tax, for instance. The allowances, reliefs and exemptions to which you’re entitled can make an enormous difference to your retirement pot. Even if the immediate economic outlook isn’t as bright as we’d all like, those tax advantages are there to be seized.

There is a condition here: you’ll need to use them while they’re available, because in some instances it’s a case of ‘use it or lose it’. Get it right, though, and you can take pleasure in knowing that some smart tax moves will do a lot of heavy lifting for your retirement plans, giving you peace of mind now and in the future.

It starts with your pension. If you’ve taken out a pension plan with your employer, they are likely contributing to it as well. Subject to certain limits, you’ll also get tax relief on your contributions – a dry way of saying that the government will increase the amount you pay into a pension.

For Basic Rate Taxpayers every £80 that you pay into your pension, the government gives you another £20 in tax relief (which means a £100 contribution costs you just £80). Higher-rate taxpayers get 40% tax relief, so they have to pay in only £60 for every £100 contribution, while those on the 45% Income Tax rate can claim relief at 45%. (This is on the basis that any tax relief over the basic rate is claimed via their annual tax return).

“This is a different way of thinking about tax and making sure it works for you – if you make the best of it. It’s an incentive to save more, because the more you save, the more you benefit,” says Tony Clark, Senior Propositions Manager at St James’s Place Wealth Management.

This is an area where FOMO – fear of missing out – could be a powerful factor.

“Tax is usually seen as money being taken away from us, but a pension is a great way to save for retirement because the tax is coming back the other way and working to your advantage,” says Clark.

There are other tax allowances in pensions that are worth using while they’re available. For example, if you’re able to use the full annual pension allowance – frozen in recent years at £40,000 – but fail to do so, you might miss the chance to carry forward any unused allowance from the previous three tax years. As technical as it sounds, the carry-forward ability has the potential to turn a potential tax burden into savings that can be invested for the future.

The same applies to other ways of saving for retirement. With the annual allowance standing at £20,000, Individual Savings Accounts (ISAs) offer another way to use tax to help boost your later-life options.

These work differently from pensions, as the money you pay into a Cash ISA or Stocks & Shares ISA will generally be taxed beforehand. But with no Income Tax due on the interest or dividends you receive, maximising your allowance each year is a simple but effective way to make the tax rules work in your favour and bolster the investment you can expect.

Getting a tax-efficient pension plan up and running in your 20s or 30s won’t always be realistic. But tax allowances and reliefs can play a vital role if you find yourself starting late and trying to make up for lost ground.

In contrast, retirement can seem too far away for younger generations to think about using the various long-term savings options available. It’s not just about saving for retirement, though; it’s also about making sure that whatever happens over the coming years, you’ll have options open to you.

“The concept of retirement might be quite different in years to come, so using the opportunities available now is a way of ensuring you have options open to you whatever happens to the tax and pension systems,” says Clark.

Putting together a plan with such a lengthy time horizon can be daunting, however.

“Speak to a financial adviser so they can check there are no gaps in your plans and that you’re not missing out on allowances and reliefs that can really benefit you,” suggests Clark.

The value of an investment with St. James’s Place will be directly linked to the performance of the funds selected and may fall as well as rise. You may get back less than the amount invested.

An investment in a Stocks and Shares ISA will not provide the same security of capital associated with a Cash ISA.

The levels and bases of taxation, and reliefs from taxation, can change at any time and are generally dependent on individual circumstances.

Coyright 2022 McGrady Financial Services. All rights reserved. The Partner Practice is an Appointed Representative of and represents only St. James's Place Wealth Management plc (which is authorised and regulated by the Financial Conduct Authority) for the purpose of advising solely on the group's wealth management products and services, more details of which are set out on the group's website www.sjp.co.uk/products. The 'St. James's Place Partnership' and the title 'Partner Practice' are marketing terms used to describe St. James's Place representatives. McGrady Financial Services Ltd is registered in Northern Ireland No. NI032133. Registered Office: 33 St Patricks Avenue Downpatrick Co Down Northern Ireland BT30 6DW.